Maldita: tools for fact-checking to keep citizens away from misinformation

Maldita Hemeroteca, Maldito Bulo, Maldita Ciencia, and Maldito Dato focus on avoiding misinformation through fact-checking techniques. Since 2017 Maldita and its media are part of the International Fact-Checking Network as signatories of its Code of Principles and are the only Spanish media participating in the European Commission's High-Level Group on fake news and disinformation in 2018.

The technology behind the scenes that allow this massive user interaction for the purpose of truth, is based in coloqio - the conversational AI platform built-in Wealize's product studio.

Maldita's bot has been crucial to serve Maldita.es' journalism community and to provide a public service able to face the increase of misinformation caused by the COVID-19 pandemic.

The chatbot for WhatsApp that we created at Wealize involved the work of the entire Maldita.es team, and it is a perfect match between journalism and technology focused on user service in a close, easy and user purposed way, since WhatsApp is one of the most used information channels in Europe.

The tool works with a natural language response model for users that, in addition to answering to users, allows data around disinformation to be collected, classified, tracked and analysed to study the spread and operating of misinformation. Maldita.es does not collect user data, only content data.

The chatbot is capable of detecting and responding to disinformation reports in all formats: videos, audio, text and images – that it interprets and sends fact-checked responses.

This has enabled Maldita.es journalists to better serve the community and to be more efficient in the public service they provide. This tool is proof that technology can bring us closer and make journalism help the population.

According to WhatsApp itself, it is the better fact-checking WhatsApp chatbot developed worldwide.

We are in the era of information and Maldita's mission is to combat misinformation with technology. That is why they act as a bridge between journalists or fact-checkers, and the information circulating on the internet.

Maldita owned a website, a WhatsApp channel, and an internal platform for information management and fact-check of fake news. At that point, online verification was served by an API, but Whatsapp management was done manually. Journalists at Maldita wrote down the query manually on their platform and answered each user individually. This process restricted the user experience and meant an important time investment.

Now, why WhatsApp? During the last years, WhatsApp has become the central channel for several countries like Spain to read news and establish customer engagement. 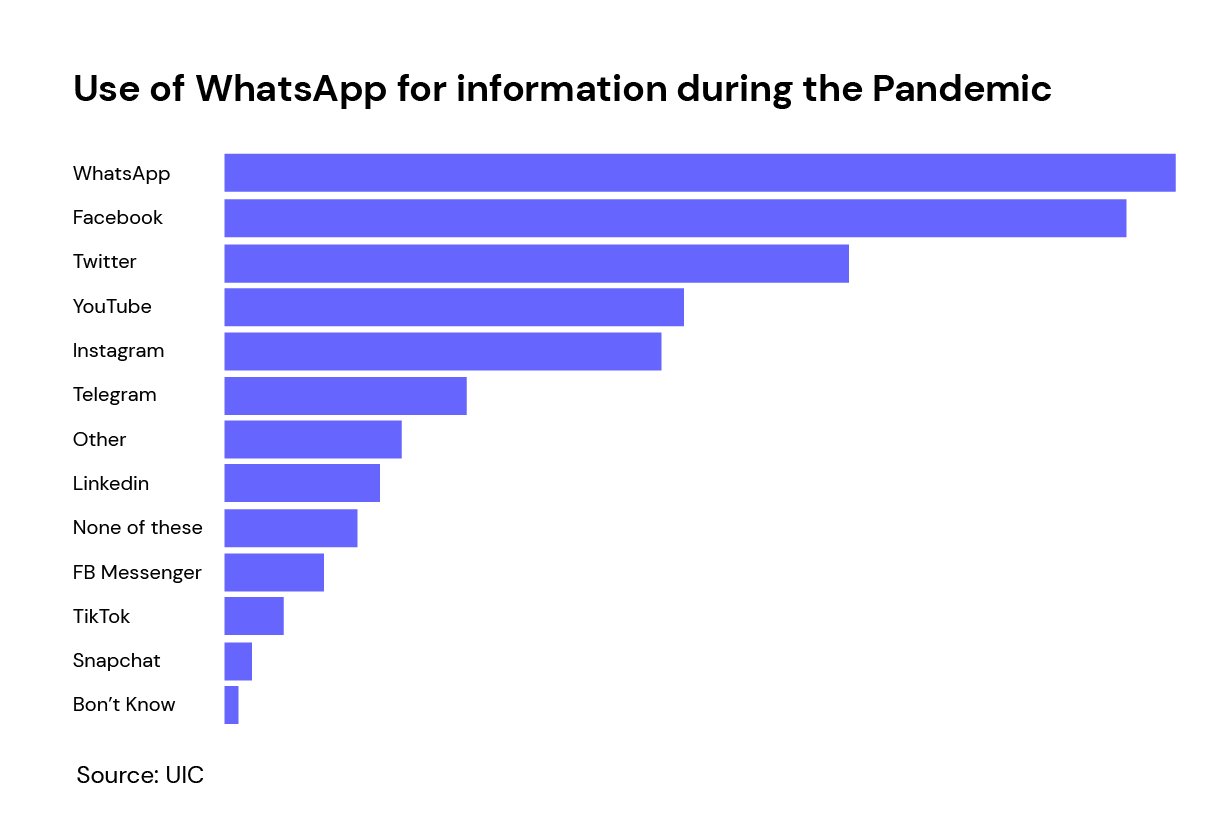 We definitely had to handle this user ocean in order to apply the fact-checker system in the population at the most used social network, with the help of technology.

Using coloqio, we co-designed a conversational dialog and deployed it into the WhatsApp channel interacting with fact-check's endpoint connected via API and lambda functions.

+16k fake news checked in during the launch 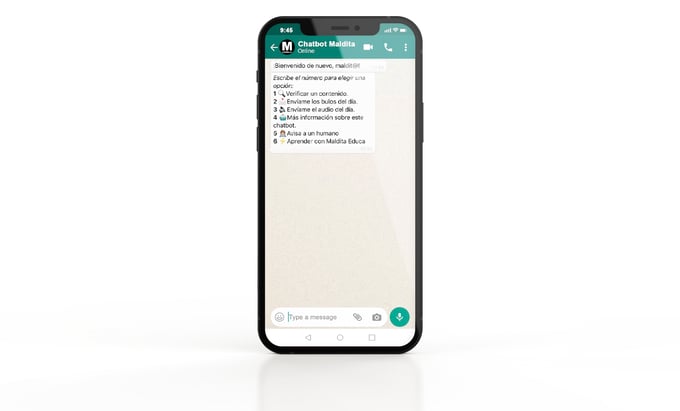 What's in for Maldita's bot now? During the latest time, we've worked together with Maldita's team to scale their conversational ecosystem into new channels: Facebook, Twitter, and Web.

Apart from it, taking into account Maldita's bot is fully integrated with their operative work, we have updated their conversational manager interface including new workflows, metrics and other features.

The joint work with Maldita was really a hit, as we explain in European Press Prize for Maldita: a story of succesful chatbots, the AI chatbot we was awarded in 2021 with the mentioned prize. The collaboration with the Maldita organization has proven to be so positive that we have  strengthened it with the creation of a joint venture.

Named botalite, in this joint venture we have joined efforts, knowledge and lessons learned to develop a conversational AI tool focused exclusively on fact-checking and news verification that, in addition to offering solutions to improve the service to citizens, is aimed at boosting research work and contributing to the cybersecurity of organizations, companies and governments.

If you want to know in detail about the digital products we can bring to your organization or business in the field of conversational AI, we will be happy to discuss in a discovery session how we can help you, just as we did with Maldita.

Yotengo is a platform that delivers a constellation of more than a thousand legal chatbots, with a centralized set of conversational design in IBM...

Maldita's award-winning AI assistant, the start of a collaboration based on journalistic excellence and next-generation conversational technology.